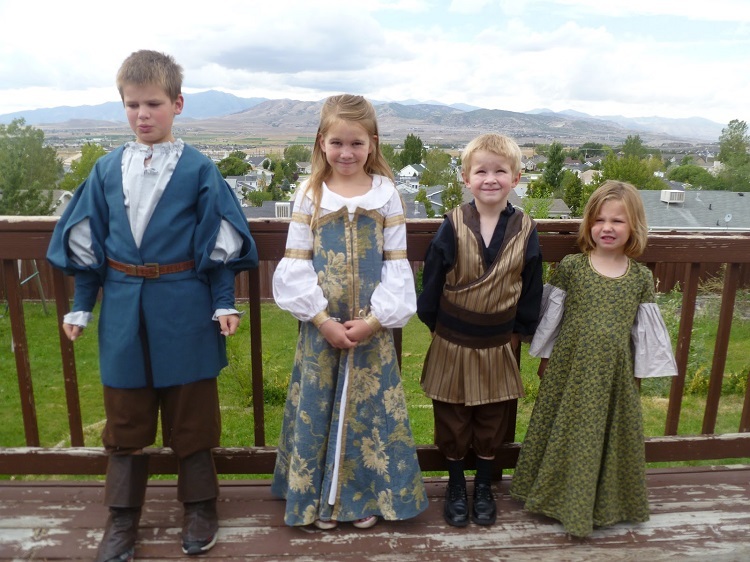 There are many book character costumes for adults which can be worn to a fancy dress party. Although a costume which is inspired by movies can be worn, there are plenty of infamous books that have memorable characters. As some books have not been turned into a film, what a costume looks like varies. So, what famous characters from literature can inspire fancy dress costumes?

J.K. Rowling’s adventures of the boy wizard and his attempts to defeat his arch nemesis Lord Voldemort are very popular. In fact, many children became passionate about books as a direct result. Harry Potter’s appearance is instantly recognisable. His round glasses and wizard’s cloak will forever be associated with Harry Potter. Although a Harry Potter costume can be bought from an online retailer, it can also be created from scratch.

Just like with Harry Potter, Wally’s appearance cannot be associated with any other character. He too has round spectacles but, instead of a wizard’s cloak, Wally wears a red and white striped t-shirt which has long sleeves. Although this could be made at home, it is recommended that a costume is purchased from an online retailer. This is because such Wally costumes have been made professionally. It also comes with the relevant accessories, such as his trademark glasses.

Willy Wonka’s assistants who work in his chocolate factory, Oompa-Loompas are perhaps one of the most fondly remembered Roald Dahl characters. With their orange skin and bright green hair, there have been two film adaptations of Charlie and the Chocolate Factory. The first was released in 1971 and the other, which starred Johnny Depp as Wonka, came out in 2005. An Oompa-Loompa costume should be bought from an online retailer. Not only do they have a bright green wig and white overalls but also orange face paint.

Based on Frank Baum’s book The Wonderful Wizard of Oz, the 1939 screen adaptation, which starred Judy Garland, was titled The Wizard of Oz. There are many characters from that movie which continue to inspire fancy dress costumes such as the Cowardly Lion and the Tin Man. To replicate Dorothy’s costume, a knee-length blue skirt and a basket is all that’s required. Many retailers enable women to look just like Judy Garland. They might even have a toy dog which can be carried in a basket.

The Rudyard Kipling novel The Jungle Book features many memorable characters such as Bagheera and Shere Khan. Perhaps the most famous of them all is Baloo. Mowgli’s friend, Baloo is mostly remembered for how he appeared in the 1967 Disney movie of the same name.

J.R.R Tolkien’s Lord of the Rings novels are very popular. Thanks to it, there are many book character costumes for adults to choose from. Aragon, Gollum and Frodo are examples of such but the most iconic is Gandalf. A wizard who comes back to life to help defeat Lord Sauron, he has a great costume which cannot be mistaken for any other book character. It can also be made at home by using a bath robe. For a truly authentic Gandalf costume, buy one.

So, when searching for book character costumes for adults, why not consider these particular figures from literature?

5 Reasons to Buy a Nintendo Wii

5 Insights on Finding the Perfect Job for Your Personality

Asian Customs and Traditions You Should Know about Before Visiting